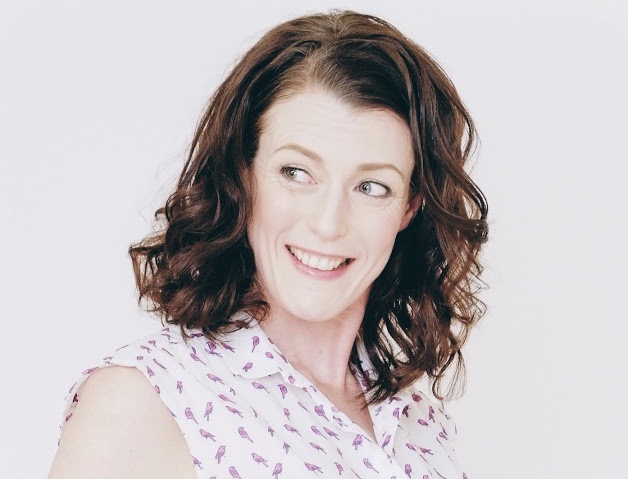 English Shows Tokyo had an interview with Christiane Brew who is actively involved in films, stages, and TV shows in Tokyo and overseas.

-Please introduce yourself and tell us your notable works.

Hello! Thanks for speaking to me. I play a variety of roles across entertainment such as actor, comedian and voice actor as well as a communications coach. I live by the motto “Tokyo based, globally free.” My most recent success is the motion capture role of Mama in Kojima’s Death Stranding. Not many people know this, but the performances are all scripted, rehearsed and filmed as if it was the real thing. Then they apply a famous person’s face on the mocap actors faces in post-production.

I’ve done other global campaigns with American Express, Uniqlo, IBM, and Mitsubishi. In fact, I’ve literally just been nominated for Best Overall Corporate Performance at the OneVoice Awards conference in London, which is super exciting.And then of course, there’s theatre. My favourite roles being Marmee in Little Women. I used an American accent for the play and on the day after production finished, I shocked myself when I spoke in a British accent. Then there was Edith Frank, in The Diary of Anne Frank, Lady Macbeth in, um, Macbeth, and currently, Madame in Cinderella, more traditionally known as the wicked stepmother.

-Congratulations on your receiving an movie award for “An Honest Witness”. Please tell us about your acting career in film.

Thank you! It was a wonderful surprise, but then the script was so good, I’m not surprised. Honest Witness is a thriller short, shot in 2018. We entered it into festivals in 2019 and the nominations and awards have been coming in throughout January and February 2020. It features the character Dr Boulanger, who is dealing with a nasty flu virus that is affecting humanity on a global scale. in the short, she is tackling how misinformation and scaremongering through the media increases the danger of a virus.

With regards my film career, I’ve acted in a bunch of independent film projects, proof of concepts, and shorts.

My first attempt at writing, acting and producing was for a Guillermo del Toro YouTube competition. We didn’t win, but the set he designed was inspiring and it was easy to scream!

Toho’s Shin-Godzilla in 2016 was an amazing experience. I met and worked with some cool people, including directors, Hideaki Anno and Shinji Higuchi. My opening scene was literally a shot of my bottom on a 30ft screen storming into the crisis centre. no one wants to see their bum that close up and enlarged! At least they gave me decent lines.

Then in November 2019, the director for An Honest Witness approached me and told me he’d written a feature film for me based on my Dr Boulanger character. And again, the script is excellent. It was sent in chunks as he was writing it and I was chomping at the bit to find out what happened next.

-Audiences must be looking forward to seeing your work. How is your new film going?

I hope so! The new film is called We Which Remain, a prequel to An Honest Witness, and a psychological-horror. It’s set in Japan at a time of a global pandemic. Really timely, as was the case with the short we made 2 years earlier, it is set during a global pandemic. We’ve shot a trailer, found cool locations, have talented actors and production team on board (a really talented, multi-cultural bunch from across Japan, who I am very excited to work with) and done the table read. So, we start shooting in March. We have a crowdfunding campaign running right now on indiegogo.com to raise capital to get it made. There are loads of perks people can choose when they donate. I’ve been over-whelmed with the support, it’s a beautiful thing when old and new friends (and strangers) surprise you with a contribution because they either believe in you or just want to support you to succeed in your passion. I’m very grateful and have reconnected with a lot of people from my past because of this.

-Aside from film works, you have much experience on stages. What kind of shows are you working on?

Well, currently, I’m in the production of Tokyo International Players/Rodgers & Hammerstein’s, Cinderella. I’m playing Madame and am happily reunited with ‘my daughter’ from Little Women, Hannah Grace. Plus, there’s another reunion as my other ‘real’ daughter is Kristin Watts, who played Johanna in Sweeney Todd, my role for that was Assistant Director.

Coincidentally, Cinderella was my first ever community theatre role, aged 10! Being a British production though, my prince was a 50yr old woman and the stepsisters were men. I’m happy to have two wonderful daughters in TIP’s production and of course, a wonderful step daughter. It’s a fantastic script and all the characters are strong, plus the ensemble are absolutely awesome. They work so hard to add the flair and colour!

-You also have much experiences as an improviser in Japan and overseas. Please tell us about your work in this field.

I first started improvising at theatre school in London about 30yrs ago, then stopped all dramatic work until 8yrs ago when I got hooked on it again. I currently play on the MainStage with Tokyo Comedy Store (which includes an improvised musical) and the Pirates of Tokyo Bay. I now travel at least once a year to train outside of Tokyo at festivals or private workshops and invite teachers to Tokyo to share their angle on the art form so the community can grow.

I also have the honor to teach here and travel to teach; I have performed on all continents, plus taught in Asia, New Zealand, and spent several months on and off in India. My focus is on emotional connection and storytelling, and more recently, the production aspects and MCing. My next adventure is teaching and performing at the first improv festival in Auckland, a 10 day festival which will bring together wonderful, talented people who all share a passion for the art form.

-You are not only an actress, but a storyteller and producer of the show. Please tell us about “Perfect Liars Club”.

Aw, Perfect Liars Club! so, four people tell a story, but only three stories are true. The audience/Sleuthers have to interrogate by questioning people on stage and then vote for the liar.

Even though the behind the scenes work is time-consuming because it’s highly curated, I do love this show. My goal at each show is to make sure the audience are highly entertained with well-crafted stories, laughter, and have a sense of belonging to something special, an inclusive club. I’ve seen the community of Sleuthers grow, new friends made, and so many stories shared. I MC it and always tell a story at the top of the show, so it also challenges me to write new stories and try out different storytelling techniques. My Improv background helps a lot with the show, especially in the interrogation.

I now run storytelling workshops for those who have a desire to share a story but need a little help to increase confidence. But, you don’t have to attend one to tell a story at Perfect Liars Club, people can just send me an outline and I’ll coach them so they’re stage ready. I love it!

-Do you provide any acting workshops for beginners?

Nope, improv and storytelling only. Some of my improv workshops do contain acting techniques though. Each art form strengthens and compliments the other.

-Do you have a message to the audience?

Support art. Be it film, live theatre, TV, improv, storytelling, writing….think of your life without these things in them and then consider how you can get involved to support them. Some of the best stuff isn’t necessarily Hollywood, Netflix or global. Oh, and be kind to each other. Always.